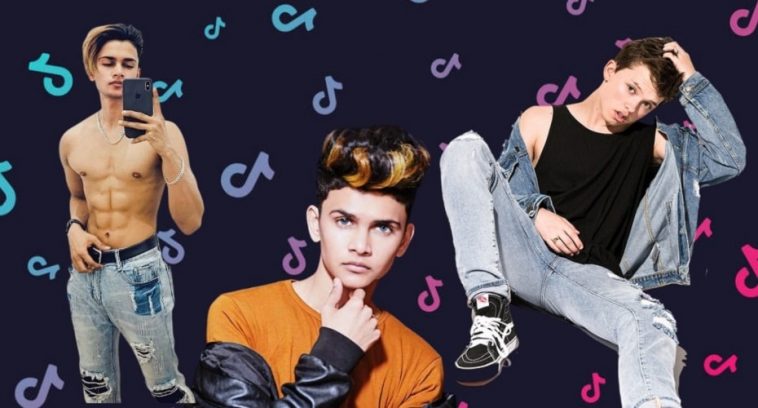 Do you want to know the hottest guys on TikTok? This article will put you through the top hottest guys you can ever find on the TikTok app.

So many things have made TikTok the toast of the moment among popular social media platforms. One of these reasons is the handsome faces you find when you visit the app. Agreed, that there is dance, music, funny videos, and enough entertainment to keep you glued; but there is no denying the fact that some people are attracted to the social platform because of the ridiculous number of awesome-looking guys on the app.

These influencers are not just highly-rated for their looks; they have brains too. Some of them are dancers, bodybuilders, singers, comedians and more. They have simply set the TikTok world on fire with their presence. These hot guys are diverse in ages. They are mostly young and full of life. And their videos on TikTok can make your day because, yes, they are that good.

Thus, I have compiled a simple list of some of the hottest guys on TikTok. Enjoy! 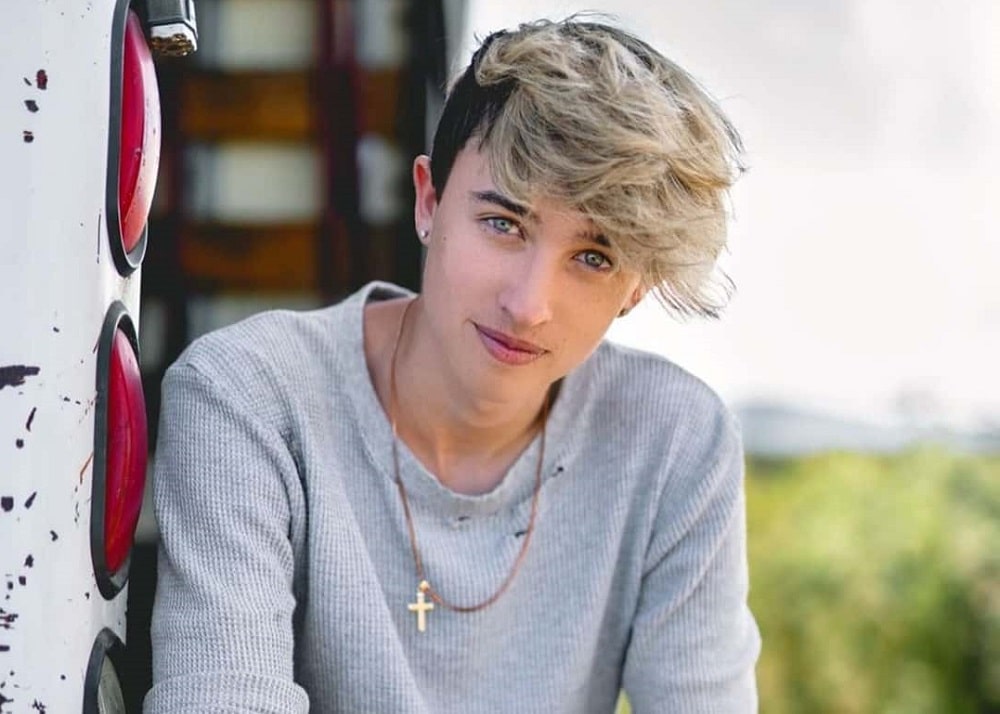 First on our list is the handsome all-American TikTok influencer, Maverick Baker. This guy is only 19 but has earned a massive following on TikTok. He is part of the talented duo “Cash & Maverick.”

Maverick Baker can sing, which is one of the reasons he is popular on the social media platform. It is no surprise that a great chunk of ladies is drawn to him on the app. at such a tender age, I believe Maverick Baker has an exciting future ahead of him. 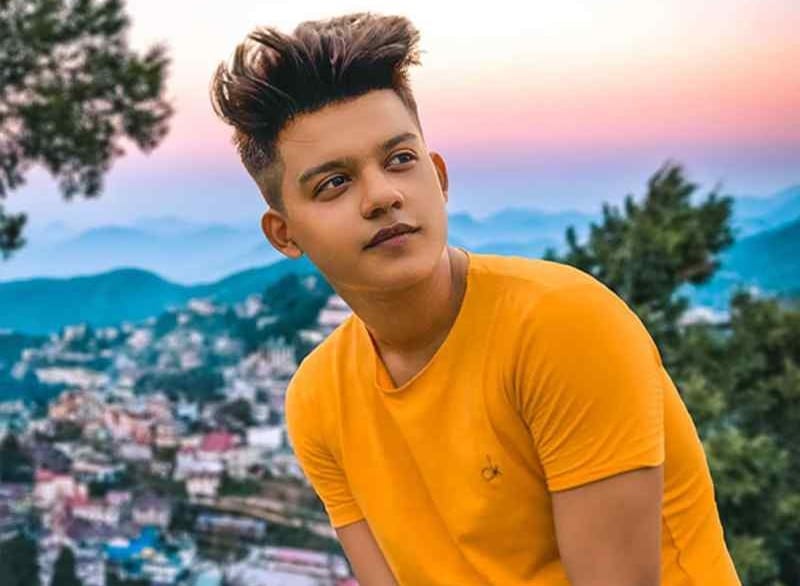 At the age of 19, a certain Riyaz Afreen is turning heads on TikTok with his good looks. This Indian TikTok star was born on September 14, 2003, in Bhutan. If you are looking for the most versatile personality on this list, it is this guy.

Aside from his good looks, he is renowned for his singing abilities, earning him some engagements with notable names like Deepika Padukone, Neha Kakkar, and Tony Kakkar. He has often collaborated with other TikTok popular names like Avneet Kaur, Asnoor Kaur and Jannat Zubair. With millions of followers and at such a tender age, Afreen has a great future ahead of him. 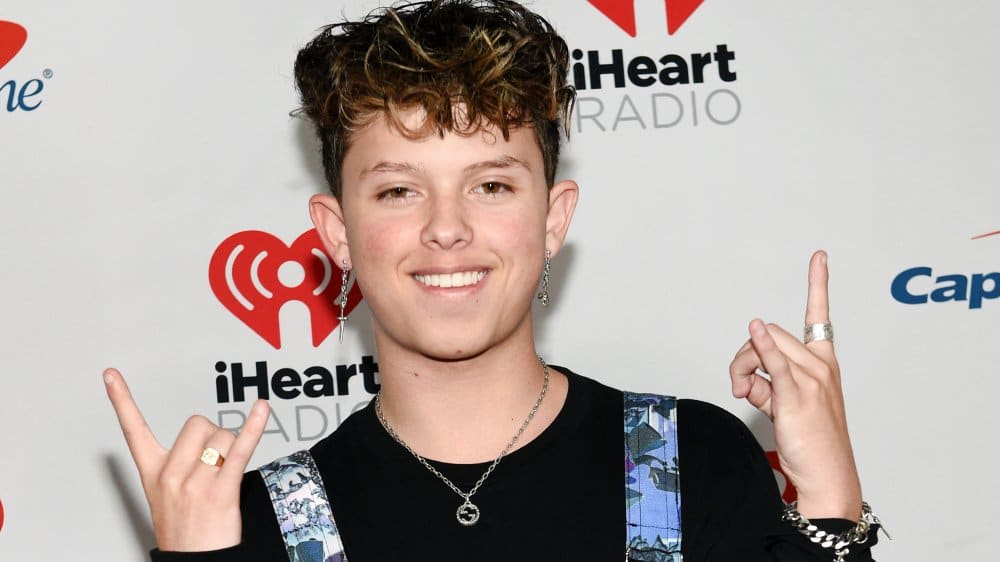 Jacob Sartorius is only 19. And he is the toast of young girls on TikTok. He is an all-American TikTok influencer popular for his funny acts and singing prowess. Jacob Sartorius started to gain popularity from his lip-syncing videos on Musical.ly.

Jacob Sartorius is not just handsome; this guy can really sing. His sizzling single ‘Sweatshirt,' released in 2016, featured in America's Hot 100 chart. Born to Pat Sartorius and Rolf Sartorius on October 2, 2002, this young talented guy looks likely to take the music world by storm in the nearest future. 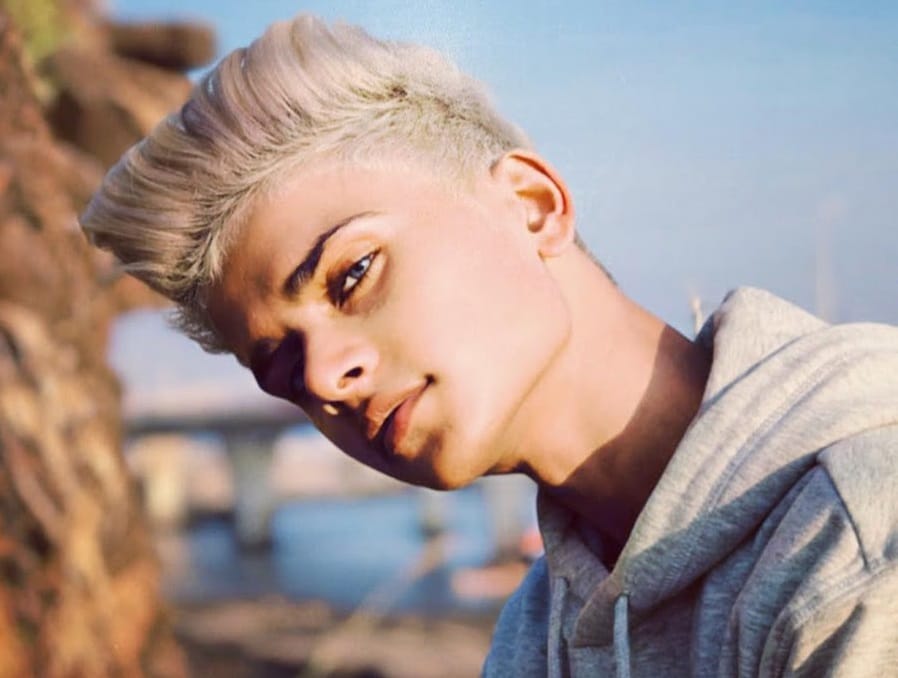 The real name of this TikTok star is Arhan Khan, and he hails from New Delhi, India. He is a versatile 20-year old who posts short videos and photos on TikTok. This guy can dance, sing and his good looks alone make him a model. He is well known for his lip-syncing videos and dance moves.

Arhan is a great fan of the Bollywood elite Shahrukh Khan. His favorite Bollywood actors also include Alia Bhatt and Aasshika Bhatia. He is friends with Arishfa Khan, another TikTok star, and they have been spotted together on countless occasions. He has over 10 million fans on Twitter alone.

Aside from that, he is also a popular figure on Instagram. 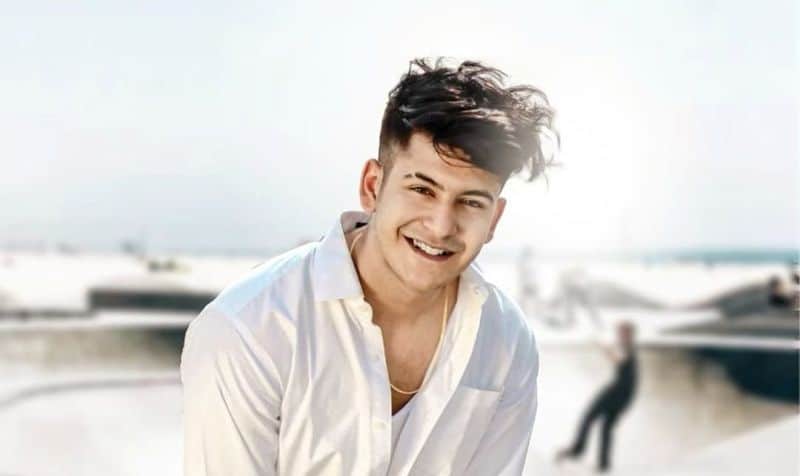 Manjul Khattar hails from Gurugram, India. His girlfriend is the popular young actress Aasshika Bhatia. He was born on July 20, 1998. With more than 12.2 million followers on TikTok, this hunk is regarded as one of the hottest young men on social media. He also has a massive following on Instagram, where he began posting pictures of himself in 2016.

Manjul Khattar is known for appearing in a Hindu music video, “Shy Mora Saiyaan.” His popularity has earned him several TV commercial deals from One Plus, Myntra and Life Stores. He is known for his love of dogs and his skills with several musical instruments.

He has also expressed his desire to work both in Bollywood and Hollywood. This dude has a lot to offer in the nearest future. His smile and hairstyle are few among his charms. 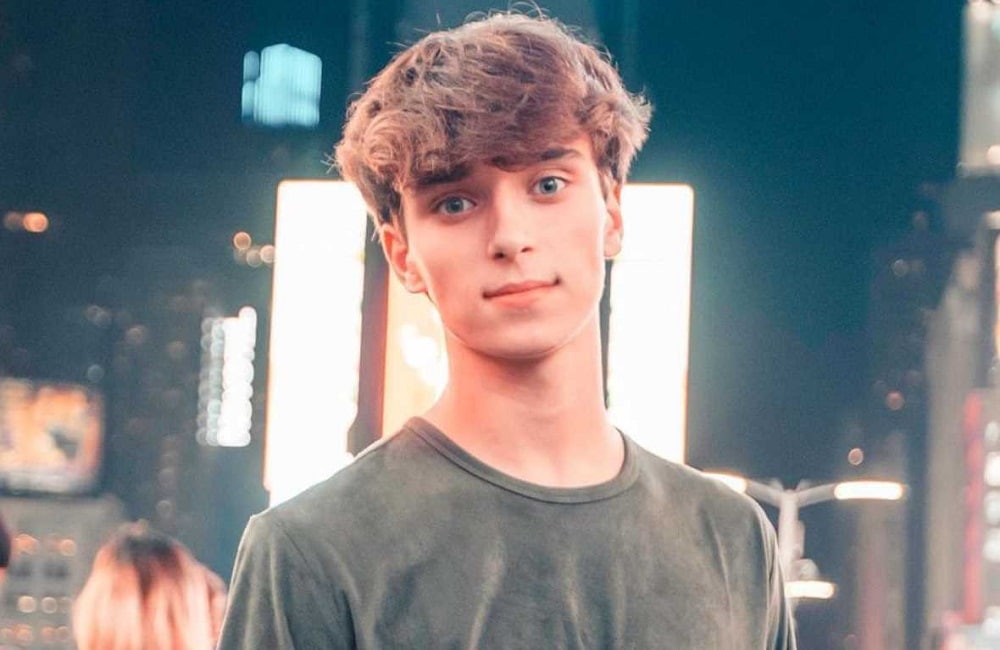 Josh Richards hails from Toronto, Canada and is only 18 years old. He is the chief strategy officer for the social media company Triller. This company is a direct rival to TikTok. He is an influencer, entrepreneur, host, musician and actor. And to cap it all, Josh Richards is handsome.

This versatile young dude has a massive following across social media platforms, including TikTok. And it does not come as a surprise that most of his followers are young girls.

Josh Richards is also multilingual. He can speak German, Italian and Hungarian. And given that he has had some movie roles under his belt, the sky is the limit for this lad. 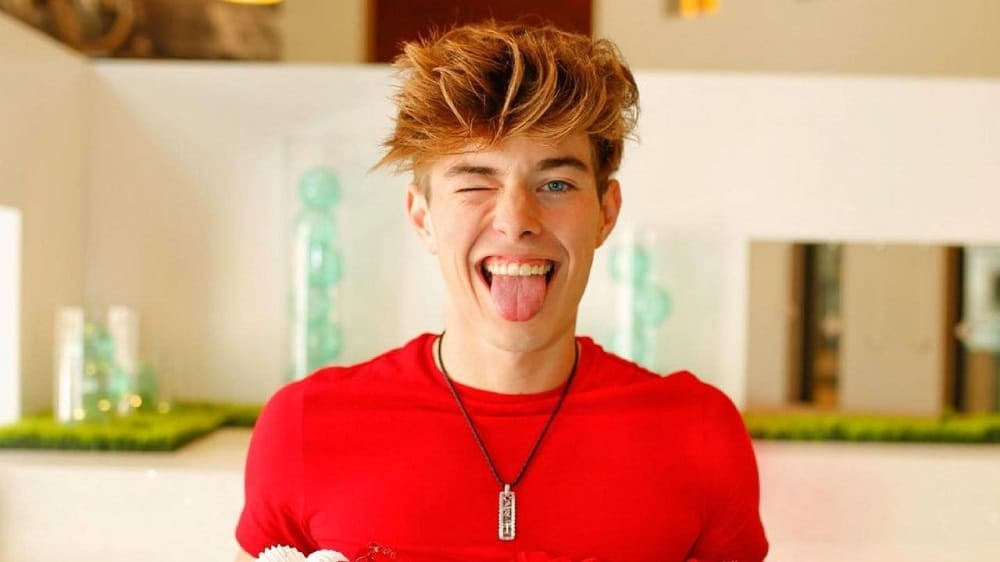 Jeremy Hutchins is another TikTok star with a massive following on the app and other popular social media platforms. On April 19, 2003, this lad was born in Ohio, United States. He is known for his lip-syncing and funny videos he uploads on TikTok and other social platforms. On TikTok alone, Jeremy Hutchins has over 8.7 million followers, while he has over 1.9 million followers on YouTube.

He is currently dating Katie Sigmond, and the lovebirds are usually seen on some of Jeremy's videos. This guy is just 18, and he has a massive following on the app. His physique and mannerisms are part of his strongest charms. Jeremy Hutchins is also known for his willingness to collaborate with notable social media: Mason Fulp, Lexi Hensler, Andrew Davila, Lexi Rivera, Sofie Dossi, Dom Brack, and others. 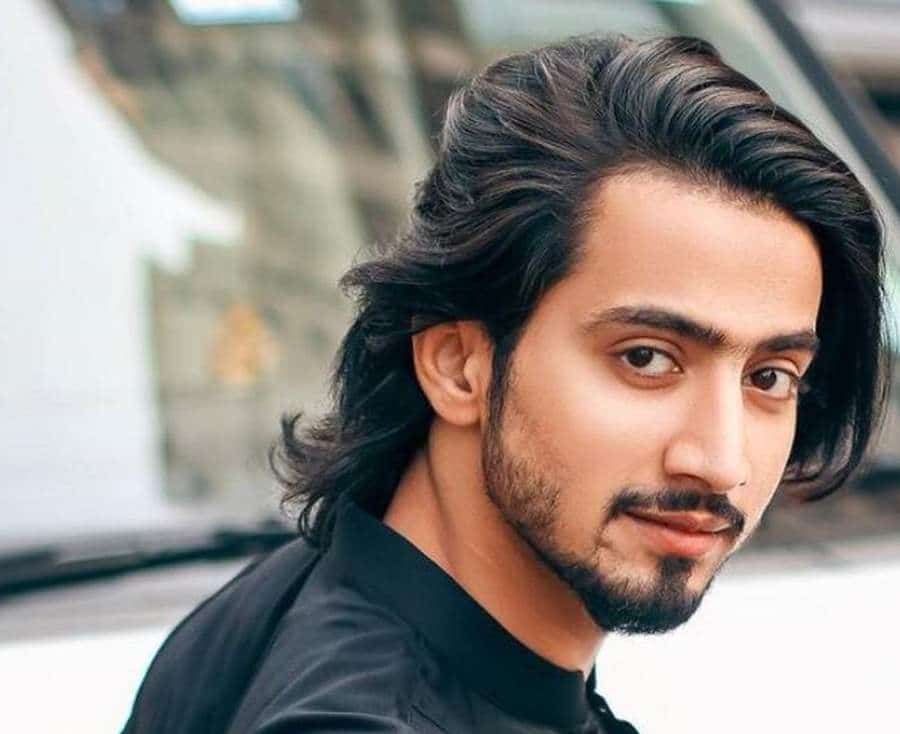 Faisal Shaikh, born on October 5, 1994, is next on this list. His full name is Shaikh Mohammad Mudassir Faisal. This TikTok star was born and brought up in India. He is 25 years old, originally from Dharavi, Mumbai. His good looks and lip-syncing abilities have earned him a massive following on TikTok and other social media platforms like Facebook and Instagram. Popularly known as Mr. Faisu, he is into sports as well. He is a popular cricket star in India, and this has contributed to his fame both online and offline.

His athletic built and workout routine can be seen on TikTok. And his TikTok fans, mostly young girls, love his good looks and entire personality. He is a member of the popular Team 07, a bike-stunts group he formed with a couple of friends, including Hasnain Khan and Sadhan Faroqui.

Faisal Shaikh has featured in several music videos such as Viah Nai Karauna, Nazar Na Lag Jaye, Fruity Lagdi Hai and Kaali Meri Gadi. He has also collaborated with other notable names on TikTok, such as Riyaz Aly, Jannat Zubair Rahmani, Avneet Kaur and  Awez Darbar. In 2019, he started 2407 Crush Deodorant, his own brand. 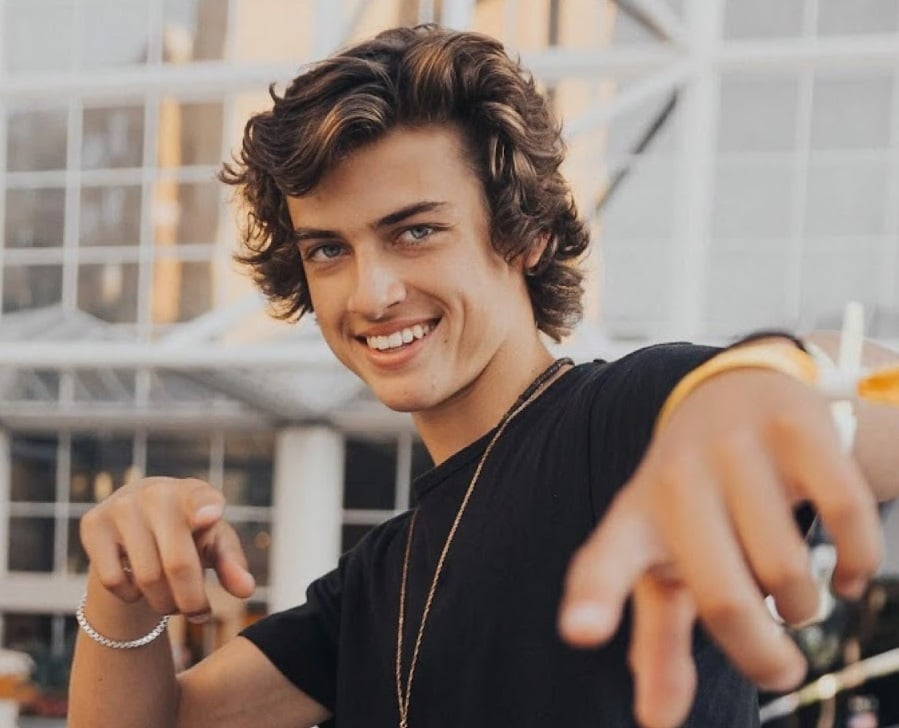 Sam Hurley is another all-American TikTok personality. He has a massive following on other social media platforms like Twitter, Instagram and YouTube. Sam Hurley has all the looks you can dream of. He has over 3.6 million fans on TikTok. He was born on September 1, 2003, and at just 18, he has done well for himself on social media. Sam Hurley is known for his lip-syncing and comedy videos on TikTok. Also, he has collaborated with other TikTok stars such as Josh Richards and Jaden Hossler.

In his early years, Sam Hurley was an athlete who participated in Track and field events and enjoyed playing basketball and baseball. Some of the Instagram videos cover some of such moments. He used to date another social media star, Riley Saurage, who was crowned Teen Miss Gonzales in 2019. Sam Hurley hails from Texas but later relocated to Arkansas. 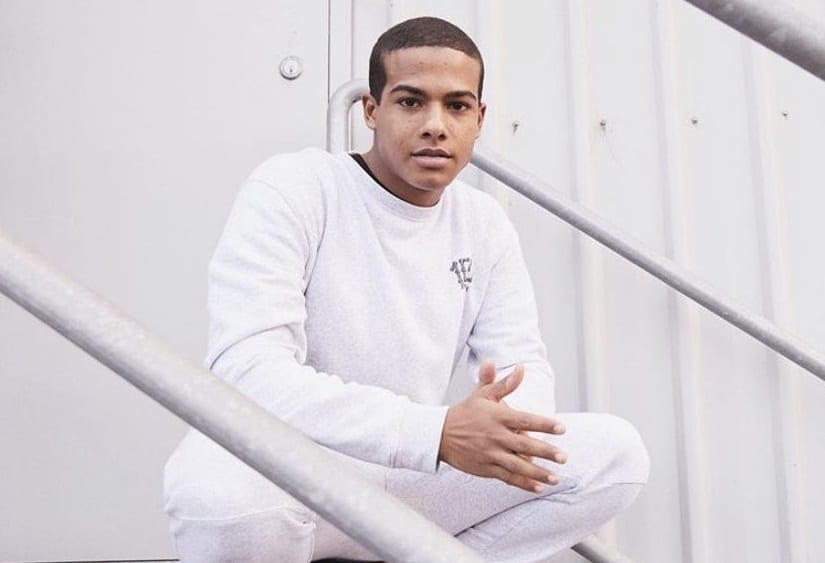 Lakota Johnson was born on October 11, 2001, and he is 20 years old. He was born in Gold Coast, Australia, but in the United States. He is a handsome young man who was famous for going past 200k fans in the space of a month. Lakota Johnson is known for his lip-synching and dancing abilities. He has many videos on TikTok showcasing his talents. He is presently into modeling and acting and has been represented by Chic Talent Management.

Lakota Johnson was a basketball player back in high school. He also modeled for Jay Jays, an Australian clothing company, and was part of the Mamma Mia musical on Australia's Gold Coast. He has a lot of followers on social media, especially among the female folk.

Q. Why is TikTok popular?

TikTok is popular for many reasons. It is a short-video sharing app where people post videos for communication and entertainment purposes. TikTok is a great way to connect with other people around the world.

Q. How can I be famous on TikTok?

There is no one easy way to become famous on TikTok. However, you have to know your talents and use them well. So many people have become famous for just their good looks, singing abilities, acting and more. Therefore, you need to realize your strongest ability and use it on the app.

Q. How can I get more followers on TikTok?

The easiest way is to buy TikTok followers from social media marketing companies that sell that type of engagement. However, if you have special abilities, you can work on them and make interesting content. Look for great strategies that work. And with dedication and patience, you are sure to get a considerable following o the app.

There you have some of the hottest guys on TikTok today. These guys are super talented and come from diverse backgrounds and locations. It is not all about the looks; they also have the personalities. And each comes with their own unique style or trait that puts them ahead of others. You can check their Tiktok handles to see why they are very popular, and if you want more names, you can check the app itself.