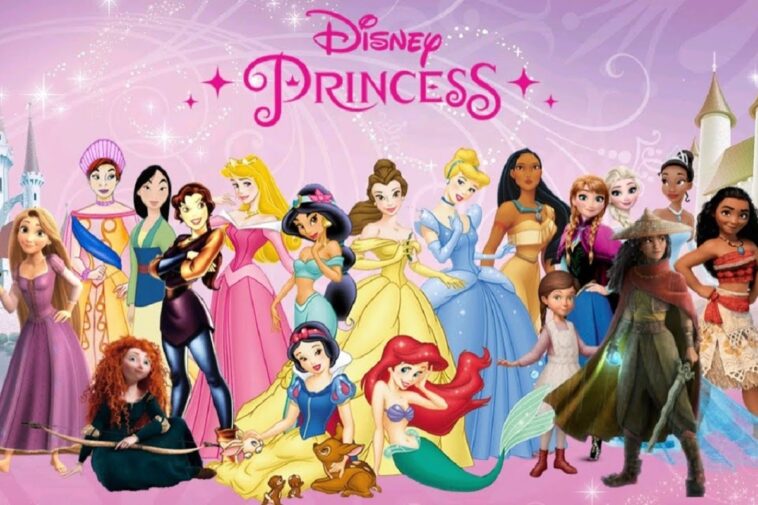 Let’s be honest, there probably hasn’t been one person in the world that hasn’t heard of Disney. Good ol’ Walt knew what he was doing when he made Mickey Mouse whistle on a steam boat and squeak his first words. A voice that I love to impersonate.

Who Doesn’t Know at Least One Disney Princess ?

But I think what Walt probably never dreamed of is that Snow White and the Seven Dwarfs would be the beginning of the Disney Princess brand. It’s hard to imagine this now, but Snow White was the first full-length animated feature to come out in movie theatres.

A historical moment in the film in 1937. Back then, animation shows were short and seen before a movie, not as a movie. Many people doubted Walt. But if he listened to the naysayers, there’s a good chance that the Disney Princess brand wouldn’t be generating over 3 billion dollars in sales.

The brand and visual identity of the Disney Princess has been around for a long time. Disney theme parks, and other entertainment subsidies, such as cruises, have done a great job of idealizing the princess into mainstream global culture.

I’m not going to lie, even I got giddy when I went to Disney World and saw Disney Princesses. But let’s start off with a little background about how it all started.

From the Beginning: Princesses came Sparingly

Walt Disney started off with his film Snow White in 1937. But it wasn’t until 1950 the movie Cinderella came out. Arguably the most well-known princess in all of fairy tales and those among Disney movies. She has her own castle in the Magic Kingdom.

Cinderella alone is a brand that is easily worth hundreds of millions of “bippity boppity” dollars, and was the first character to have its own line of Sephora products, released in 2012, which include the Disney Cinderella Storylook Eyeshadow Palette, with colors such as ball gown, royal, and glass slipper.

In 1959, Sleeping Beauty came out, and Aurora was the next in line. However, there seems to be a focus on ensuring that Aurora wears a pink gown, versus the more well-known blue gown of the 50s and 60s.

It wouldn’t be until decades later that Disney would go back to some of their roots and focus on creating wonderful animated stories involving princesses in what some have termed Disney’s Renaissance era.

The Renaissance Era of Disney: The Classical Princess Revived to the First African American Princess

The modern era of the Disney Princess started in 1989 when the movie, The Little Mermaid, came out. Ariel was the star. And now she’s become a very famous internet meme. Here’s “Hipster Ariel.” And there actually is a video out there called Hipster Disney Princesses which you can easily find on YouTube. 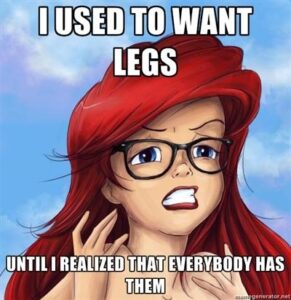 This also started a golden age for Disney in terms of animated films, with wonderful hits that followed including Belle from, Beauty and the Beast in 1991 (my favourite of all the princess movies), Jasmine from Aladdin in 1992, Pocahontas in 1995, Mulan in 1998 (technically not a princess, but there actually is a selection process to officially be deemed a Disney Princess), and finally in 2009, Tiana, from The Princess and the Frog came out. She was the first African American princess from Disney which garnered a lot of media attention because of ethnic and gender politics.

The Digital Age of the Disney Princess: From Tangled to Frozen.

Sadly the days of classical animation will probably disappear along with the printed books, as the digital age of computer generated graphics kick in.

The first digital Disney Princess goes to Rapunzel from the movie Tangled, which was featured in theatres in 2011. This makes her officially the 10th Disney Princess. She will most likely officially be joined by an equally feisty princess, which is Princess Merida from Brave. The movie took home best-animated film for 2012 at the Oscars, so it’s hard to imagine why she would be rejected.

It’s also expected that Anna from the upcoming movie Frozen will be a featured princess, but that’s all speculation, though I don’t see why Disney would create a princess and not include her in the Disney Princess franchise.

Now that you’re up to date on who all the Disney princesses are this will give you an understanding of how long it’s taken the brand to get to where it is today. In 1999, Andy Mooney from Nike, was hired by Disney Consumer Products. 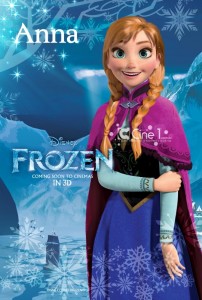 Shortly after joining the team he went to go see his first Disney on Ice show, where he noticed little girls attending the show were dressed up as princesses, not Disney princesses, just generic princesses. An opportunity that seemed to have been previously missed that would later provide a happily ever after type ending.

“They weren’t even Disney products. They were generic princess products”, he mused, and soon afterwards, with extremely low resistance within the organization, very little marketing, and no focus group testing, the Disney Princess franchise was launched.

In 2001 sales for the Disney Consumer Products division was generating $300 million. Fast forward to 2012, and the Disney Princess franchise earned a whopping $3 billion in global sales making them the number one brand for best-selling entertainment products.

Behind them, in number 2 was Star Wars, which brought in $1.6 billion. And for those that may not know, Lucasfilm’s Star War’s franchise was bought about by Disney.

What Did DCP Do to Make Billions?

Here are just a few examples: 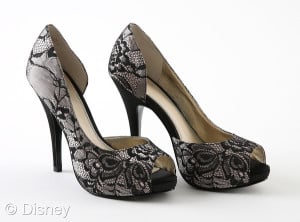 The types of products they have go on and on, which include, Blue-Rays, consumer electronics like MP3 Players, stationary, and home accessories like those little soft cushions that I’m tempted to buy for my niece, and yes they actually have wedding dresses.

Princess as a brand has been so strong that the people at Mattel (the lovely makers of Barbie) started their own video collection of Princess Barbie videos which have sold over 38 million units. The non princess videos have sold only about 9 million in comparison, so this gives you an idea of the princess mythology and how large of a market the princess brand holds.

They Need to Update Their Social Media Presence

The Facebook page doesn’t do much to engage fans, but they post up animation stills from the previous movies and often have words of encouragement. At the time of this writing their Facebook page has 2.7 million followers.

However, what grinds my gears a little is the lack of social media presence on their website, princess.disney.com , there’s no mention of any of their Facebook pages. What’s even worse, in my opinion, is that there’s no official Pinterest account for Disney Princess that I could easily find. Which is such a shame, because there are numerous fan based Pinterest boards that are dedicated to Disney Princesses, and almost 50% of female users of the social media have children. Why is Disney missing this opportunity to use Pinterest for their marketing, there’s over 48 million users there, the majority being women.

There’s no doubt that they rely on distribution as their main means of marketing. Even around Vancouver, we have our own Disney Store, which you can see children and parents go in and out in steady stream.

What’s interesting is how the brand emerged organically and has been in development since 1937. There’s no doubt that Disney will continue to entertain young people for decades to come, and that there are more plans to keep expanding their Disney Princess line, it’s too profitable not to.

While they have slowly included more ethnic visibility in their animated films, it’s not going to be surprised that they will start to expand ways to incorporate other cultures such as Latin Americans or an Indian princess.

The truth is, I’m looking forward to the day I see my niece at Disney and dressing up as a princess…maybe I have more Disney Princess syndrome than I’d like to admit.