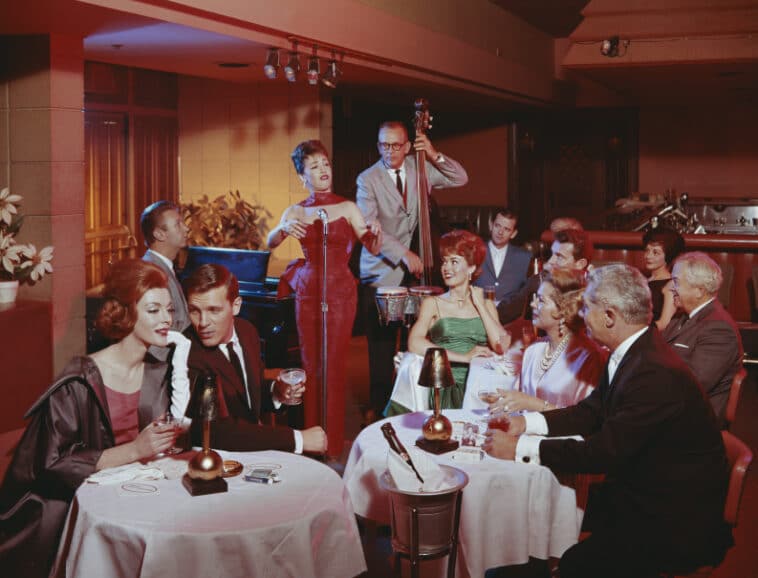 Does the type of music that your restaurant plays cause customers to drink more? Or does classical get them to spend more than top 40? Which music turns over tables fastest? While music and behaviour at restaurants hasn’t fully been explored, this blog article will give you the quick lowdown of some scientific studies on how music is affecting your customers. Some of the findings are contradictory.

Does the level of sound affect the way your customers taste food?

Back in 2010, a team of researchers from Unilever decided to test this out. They blindfolded 48 people and gave them food to try out in two different sound scenarios. Scenario one involved silence, while scenario two involved putting on headphones with noise being played. They found that when people had headphones on with white noise in the background, people found their food was less sweet and less salty than when they ate the food in silence.

It’s speculated that because airplanes have so much white noise in the background that that’s the reason people feel airplane food is generally bland.

What if it’s a sound that the person likes? Does the food tastes better?

While there has not been a study that has made this conclusion, the same researchers above have noted that it seemed people enjoyed their meal more when they were able to listen to sounds they thought were more pleasant.

Which causes people to spend more time at a restaurant, slow or fast music?

Clare Caldwell and Sally Hibert, from the University of Strathclyde in Glasgow did a study in an Italian restaurant in an affluent neighborhood. They decided to test out how fast music (music that was 94 beat/minute or faster) and slow music (72 beats/minutes or less) affected how long people stayed at the restaurant.

They found that slow music caused diners to stay longer at the restaurant by 13.56 minutes.

Which is why you’ll see that many fast food places play pop music to try to get you to get out as soon as possible. While other locations like Starbucks will generally play slower music to keep you at the store to make it your “third” home.

Do customers spend more during slow music or fast music?

Does the type of music being played affect how much is being spent?

Stephanie Wilson from the University of New South Wales in Australia set out to answer this question. She did a study at a popular restaurant in Sydney called Out of Africa. There were some interesting findings. She found that people didn’t stay at the restaurant after 11pm when classical music was being played.

But here was a break down of how much people spent at the restaurant depending on the music.

Another interesting observation that came out was that higher income earners had no significant correlation with higher spending.

The difference between this study and the other ones I’ve researched is that this one did factor in age. The clear majority of subjects in this study ranged from the ages of 20-39.
The approximate age that many restaurants aim for as their age demographic.

In 2011, Zagat reported that it was the number two complaint that people had about restaurants. Service was number one. Yes many customers find loud music and loud noise very annoying, so why does it seem some of the most popular restaurants do it?

In my personal opinion, I think it’s a way to divide generations of eaters and attract specific demographics. Since older people don’t want to dine in fast paced and loud noise restaurants, they generally stay away from those places, instead vying to go to restaurants that play classical music.

While loud pop music is seen as vibrant and energetic. This type of music environment which is closely associated with the night club environment tends to attract a younger crowed. After all how many older people do you see in nightclubs in North America? This will give you some idea why some stay away from night clubbish type restaurants.

Noise levels are becoming a big issue, and are being included in more and more reviews of restaurants. Zagat has them, and even Open Table describes loud music as “energetic.” Music can definitely help increase how much a customer spends, and I personally would encourage you to try out which types of music bring in the most amount of money. It’s all about testing what works and what doesn’t.

If you feel like you don’t have the extra time, just remember that once you get the right music, each customer is probably going to be spending about $2 more on each order. If you’re serving about 100 people a day, then that’s an extra $200. Which amounts to an extra $6000 a month. Which is an extra $72,000 a year. Not bad for making sure you have the right music choice. You can probably see why Starbucks takes their music so seriously now.

Feel free to contact us if you’re interested in finding more ways to increase your restaurant’s revenue. 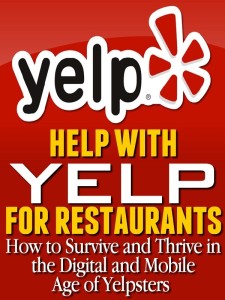 Tired of good 4 and 5 star reviews being taken down by Yelp? We know businesses are frustrated at Yelp, and we’ve found out some of the secrets that Yelp has that they don’t want business owners to know. That’s why they banned the book. Inside MCNG Marketing’s book it covers:

1) How to keep genuine reviews from your friends and family to stay on Yelp and not get “flagged.”

2) How Yelp ranks which reviews to show first and how long they stay up for, and how you can use this to your businesses advantage. (I don’t know anybody else that has studied Yelp Engine Optimization)

3) How to deal with aggressive and poor reviews to gain customer loyalty and much more.

MCNG has worked with a business that has over 140,000 visitors a year with their Yelp reputation and business and this book can do the same for your restaurant.

The book is priced at $4.99, which is less than a price of appetizer at your restaurant, but can save and earn you thousands off dollars a year.Let’s be honest, Yelp is here to stay.

If you’re not satisfied with your purchase you can get back 100% money back within 30 days of purchase. Payments are secure as we process via credit card through Paypal. Purchase now.